Ruth Jones takes on the role of the larger-than-life Carry On actress Hattie Jacques, revealing how her home life was blown apart by a secret sexual liaison with her handsome young driver while she was married to Dad’s Army star John Le Mesurier.

Thanks to the success of the Carry On films, actress Hattie Jacques was famous for playing ‘fat and funny’ characters. However behind closed doors, Hattie became the star in her very own scandal when – in the middle of filming Carry On Cabby – she began a passionate affair with her handsome young chauffeur, John Schofield, while she was still married to Dad’s Army actor John Le Mesurier.

Set in the bohemian world of 60s London, Hattie shows that, despite the matronly roles she played on screen, the real Hattie enjoyed an adventurous and passionate love life – risking everything to pursue the man of her dreams. 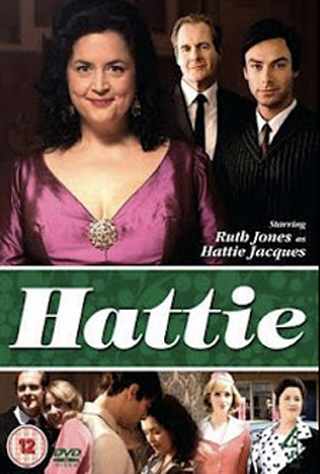