An over confident teen with a magical weapon and a handful of imperfect gods join forces against an evil queen and her army of giants.

The young blacksmith Thor dreams of greatness, honour and respect but his mother has other and more practical plans for him. Legend has it that he is the son of Odin, the King of the Gods and the villagers believe that they live under Odin’s godly protection.
What no on knows is that Hel the Queen of the Underworld is brewing an evil plot that endangers both men and gods. By sheer accident or perhaps by fate the most powerful weapon in the world, the hammer Crusher, ends up in Thor’s hands. When giants swarm the lands capturing among others Thor’s best friend Edda, Thor must master both himself as well as his new friend in order to stand a chance against evil forces. 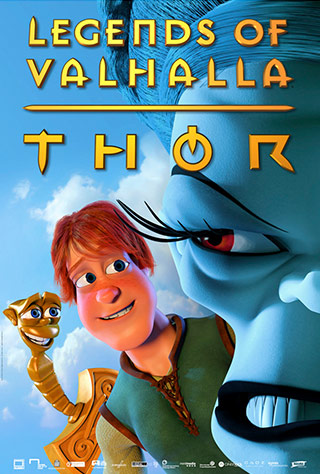