Set in the early 1800s, Random Passage traces the incredible journey of Mary Bundle (Aoife McMahon) from indenture in England to the squalor of rough-and-tumble St. John’s. After being banished by her employer, following an attempted rape, and later abandoned by the father of her child, Mary moves on, along with ther infant daughter, to the comparitive shelter of the remote outport of Cape Random, Newfoundland. There she encounters a rich tapestry of challenging situations and fascinating characters.

Interwoven throughout the tale are the dramas of exiled people: the Andrews family, forced to sail from England when Ned Andrews (Daniel Payne) is unjustly accused of stealing cod from his employer; and Thomas Hutchings (Colm Meaney), who fled from Ireland after killing a wealthy landowner and now oversees the local fishing station. Together, they are determined to carve a community for themselves out of a harsh environment.

All of Cape’s people are fugitives of one kind or another. Some will change Mary’s life. 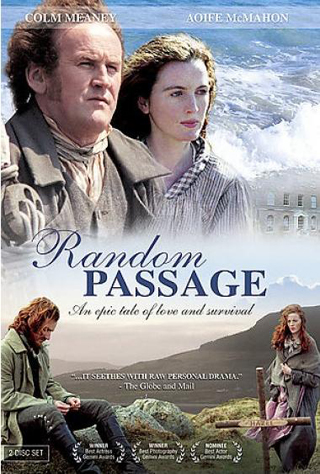