THE BOY FROM MERCURY

Set in Dublin around 1960, the tale centers on Harry Cronin, who decides, in the face of his elder brother’s neglect and his father’s death that he and his dog are aliens on a special mission from Mercury. Fueled by his love of old Flash Gordon films, he constructs an elaborate scenario in which he must report on all aspects of Earthling life. Along the way, he must somehow muster his alien powers to dispatch with the school bully, whom Harry likens to Emperor Ming. 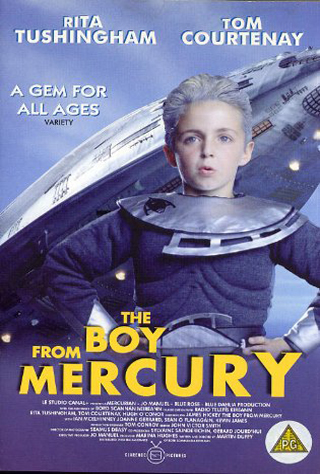